Empty shelves and cafes without coffee after New Zealand floods 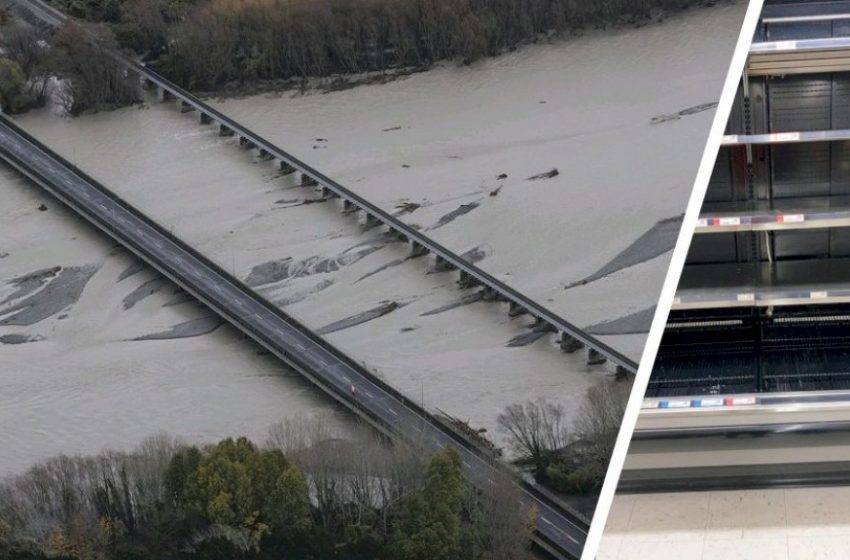 Rainfall of 500 millilitres
Last Saturday, the South Island was pummelling by rain that would ordinarily fall over the course of a year. This only happens once every 100 years, according to metrologists. More than 500 millilitres of rain poured in some areas in only two days.

Hundreds of people were forced to flee their houses as a result. Water levels in some rivers have risen to unprecedented heights, forcing portions of bridges to collapse. After travellers felt a bridge fall underneath them, the primary connecting route, State Highway 1, had to be blocked.

Prime Minister Jacinda Ardern of New Zealand flew over the damaged area yesterday. She recorded a live video of it and shared it on Facebook. “Seeing the enormity of the devastation is terrible,” she remarked. The government has set up $500,000 to assist farmers and citizens who have been impacted.

Detour of 13 hours
“However, infrastructure restoration is our primary priority,” she stated. The Air Force was dispatched to provide supplies to a number of minor towns.

There is a method for automobiles to get to the southern areas of the island, but it will take them till 1 p.m. to drive down the island’s west coast. Trucks are not permitted on this road.

In the next days, the bridge will be fixed, but it will not be a “easy process.” Supermarkets will continue to struggle with bare shelves as long as the connecting road remains blocked. “It demonstrates how insecure our supply is,” a store representative told local media. “Only one or two access roads exist.