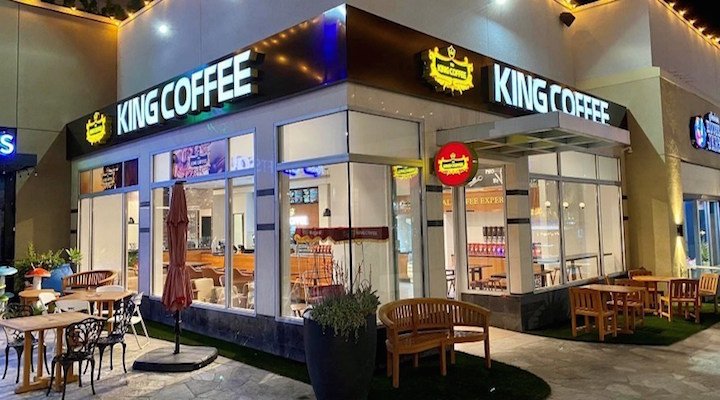 After South Korea, this is the brand’s second foreign venture. Using a franchise model, King Coffee plans to expand its US store network to 20 this year and 100 next year.

TNI King Coffee founder and CEO Le Hoang Diep Thao said, “The opening of the first restaurant in the United States marks a strong growth of TNI King Coffee in the global market.”

The new King Coffee store is a 10-minute walk from Disneyland and is located in the heart of Orange County. The ‘East-meets-West’ culture influenced the store design.

King Coffee US offers a variety of coffee beverages, including Vietnam’s popular iced milk coffee, black iced coffee, and egg coffee, as well as a full-service menu of Vietnamese and Western cuisine. The store also sells FMCG products from King Coffee, such as instant and whole-bean coffee.

Following the United States, the coffee chain intends to expand into other markets such as China, Southeast Asia, the Middle East, and Europe.

King Coffee is best known for its Vietnamese coffee, which is sold in over 120 countries and territories.