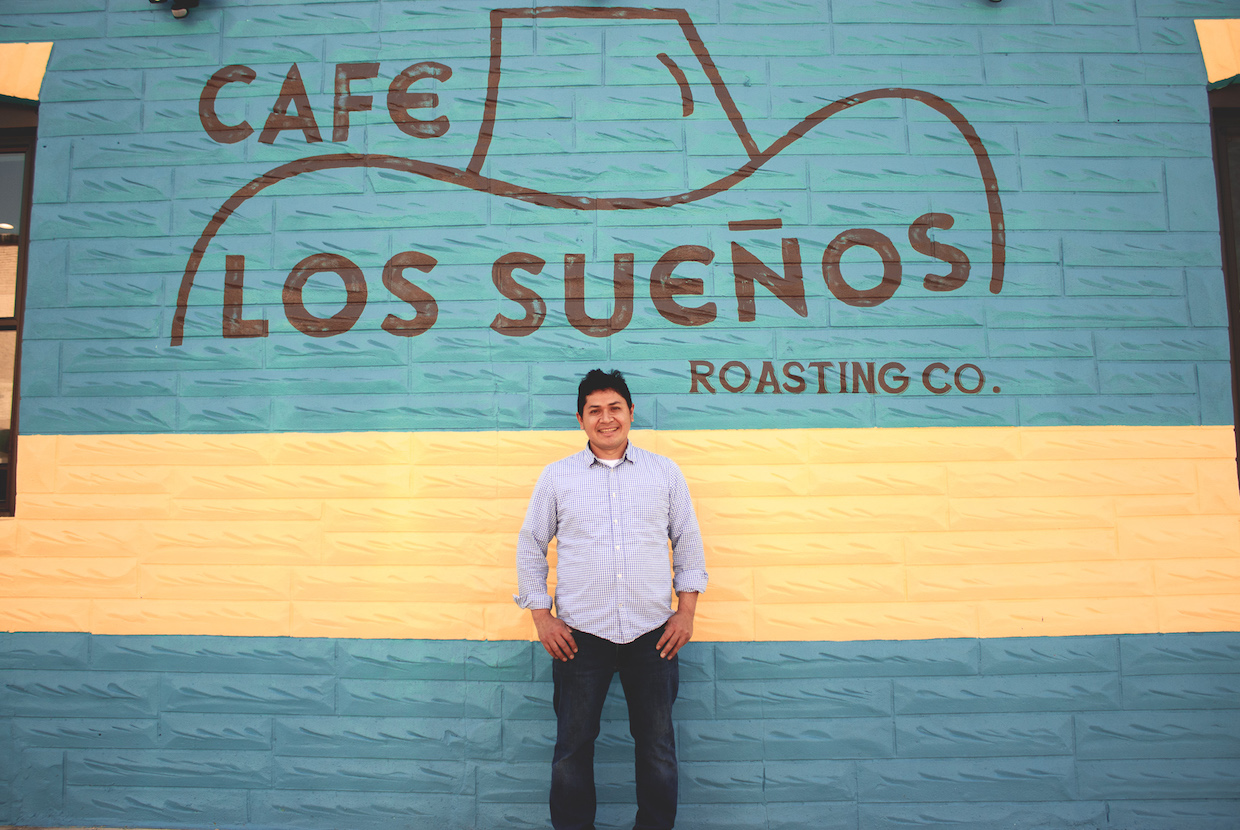 Baltimore residents dreaming of a new place for quality coffee had a happy awakening this month with the opening of the first brick-and-mortar shop of Café Los Sueños Roasting Co.

“I really love the oyster bar in Grand Central Station — the U-shaped bar with low stools,” Payes told Daily Coffee News. “People are in and out casually; they can look across the bar at other people and be in a communal space, not necessarily required to talk, but [it] also encourages connection.”

The opening of the Café Los Sueños coffee bar is part of an even broader dream of co-owner and head roaster Carlos Payes, who grew up in a farming family in the mountains near Santa Ana, El Salvador. 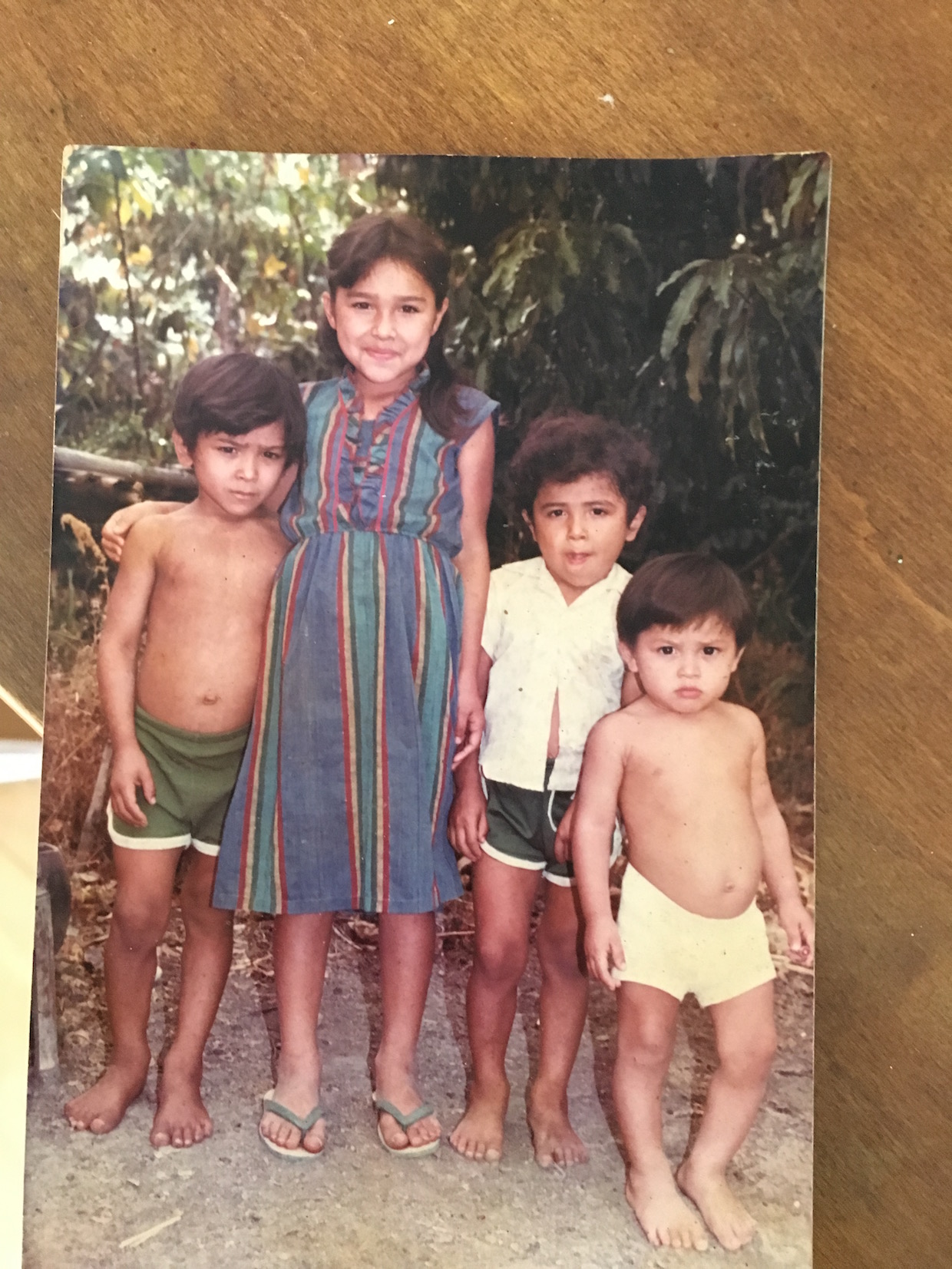 Carlos Payes (far right) with his siblings in El Salvador.

After a childhood spent in severe poverty, with early schooling interrupted by years of labor on the farm as well as the direct threat of danger from civil conflict, Payes migrated to the United States in his mid 20s in 2005, and has since worked his way up from there.

Said Elizabeth Ryan Payes, “He came across the border the way people do, with literally the only possession he had as the shirt on his back.”

Carlos made his way from California Washington, D.C., working various jobs and overcoming discrimination to seek further training in the restaurant industry before meeting Elizabeth. The pair hatched a plan for a roasting company that could build upon Carlos’ lived experience as a coffee farmer and in the culinary field.

The Payeses invested in a small commercial roaster and in 2013 enlisted the training services of Patrick O’Malley, founder of the the International Barista & Coffee Academy (IBCA). A few months later, the roasting company launched with online sales, at farmers markets and through a series of pourover pop-ups in the D.C. area. 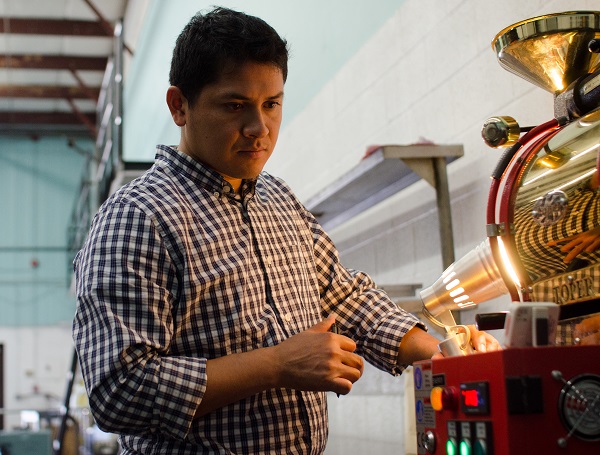 Progress was gradual in the early years of the business as the couple balanced the demands of their careers and a growing family. Then when the COVID-19 pandemic set in and Elizabeth lost her marketing and communications job, the couple was forced into a big decision.

“I was like, look, honey, it’s do or die; we’re either going to make a go of this business or sunset it,” Payes recalled. “Not 24 hours later, the phone rang.”

That caller was the landlord of a property just five minutes from the couple’s Baltimore home. Last September, the Payeses signed the lease on the space where today the shop is up and running, serving espresso, pourover and batch brewed coffee drinks with beans roasted by Carlos in a 10-kilo Mill City Roasters machine.

Carlos painted the blue and yellow exterior of the building, and installed the lighting and the vintage barstools. He designed the lettering for the logo that includes a design that references a farmers hat but also signifies a volcano, hearkening back to the life and landscapes of Carlos’ youth. 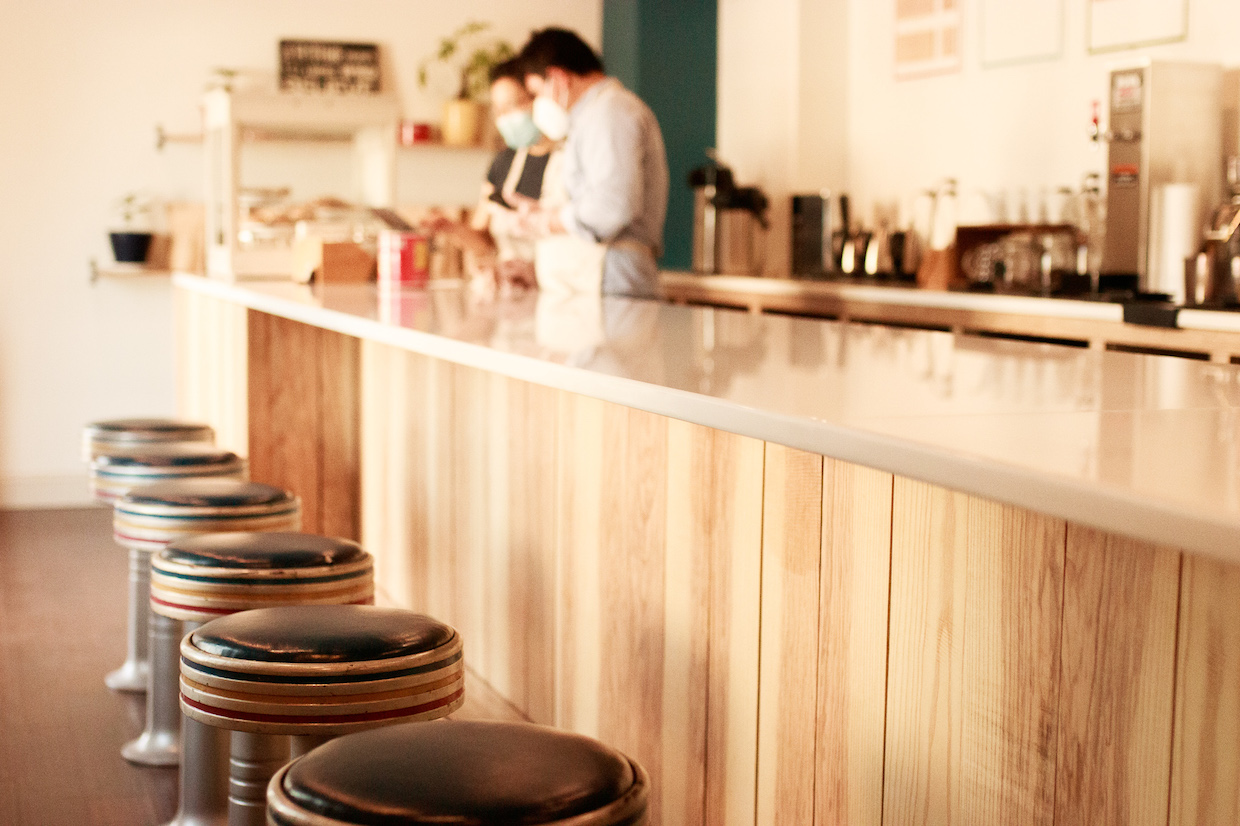 The acoustics of the long, echoey space were improved by the installation of acoustic panels the couple chose to conceal with burlap coffee sacks. Carlos Payes also designed the menu signs and hand-built the ash wood bar.

Behind the bar a t-shirt now hangs in a frame on the wall. It’s the same shirt Carlos wore the day he crossed the border.

“He never really gave up hope,” said Elizabeth Payes. “He’s a dreamer; we’re dreamers that do.”