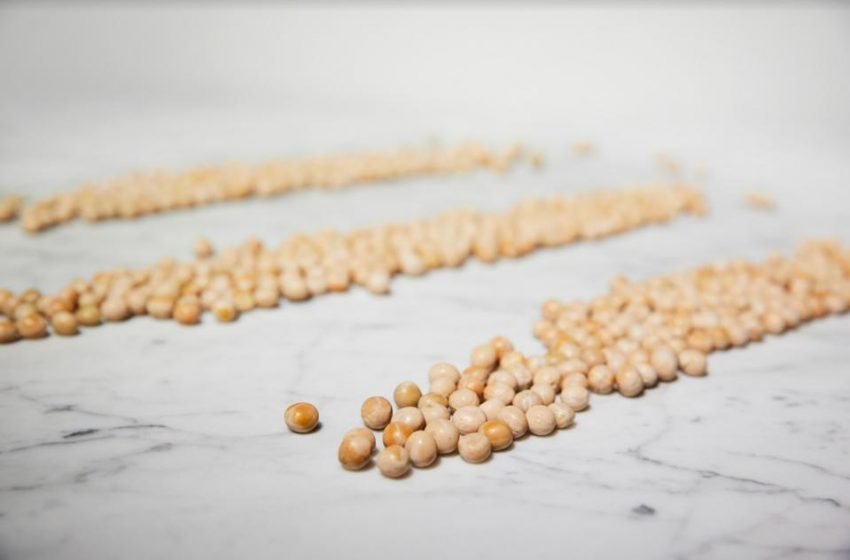 The humble yellow split pea has come a long way from its humble beginnings. The main ingredient in pea soup, which has been a Thursday tradition in Swedish homes since Catholic times, is now available in Whole Foods in Southern California in the distinctive striped packaging of Swedish startup Sproud as a vegan milk drink.

Sproud, a Swedish start-up, has amassed a growing following in its home market of Sweden as well as 17 other countries, including the United Kingdom, where it has partnerships with Waitrose, Amazon, and Ocado, and now with Whole Foods in the Sunshine State.

Maria Tegman, the company’s founder and CEO, is the guiding force behind Sproud. Tegman, a farmer’s daughter from Ystad, which appears in Henning Mankell’s Wallander series, has always been well-versed in split peas. “You pick them, dry them (which is how green peas turn yellow), and remove the protein, fibres, and starch,” she explains. “You don’t need a lot of water, and peas enrich the soil. It’s a favourite among the farmers.”

Even though they began with a blank sheet of paper, it was clear that the potential lay in a tasty vegan milk drink.

Tegman recalls, “We knew we could make a fantastic milk from peas, as rich in protein as cow’s milk but with more nutrients and less sugar than any other plant-based milk.” “Oats aren’t high in protein, and soya isn’t the solution the world needs. We knew something else had to be there.”

Peas are a climate-friendly crop to grow because they absorb nitrogen from the air and deliver it to the roots, eliminating the need for fertilisers. The rapidly growing demand for plant-based milk drinks is fueled by this, as well as a shift away from dairy products for environmental reasons. It is projected to rise at a compound annual growth rate of 16.7% from its current value of just over $16,130.9 million in 2019 to $41,061 million in 2025.

Sproud’s milks had to taste like dairy milk and have the right feel, according to Tegman, a foodie who once aspired to be a chef. The only issue was getting rid of the pea flavour.

Then a new pea variety appeared. This, when combined with oils and syrups and fortified with vitamins A, B2, B12, and D, offered just the kind of dairy flavour Tegman was looking for – and it lasts a year at room temperature in its carton.

Pea protein is a huge deal. According to Allied Market Research, the global pea protein market was worth $32 million (£26.2 million) in 2019. It is predicted to be worth $176 million (£144 million) by 2025. It’s been used in vegan meals by Pizza Hut, Beyond Burger, and McDonald’s. According to Tegman, Statoil, the Norwegian oil and gas giant, feels the same way.