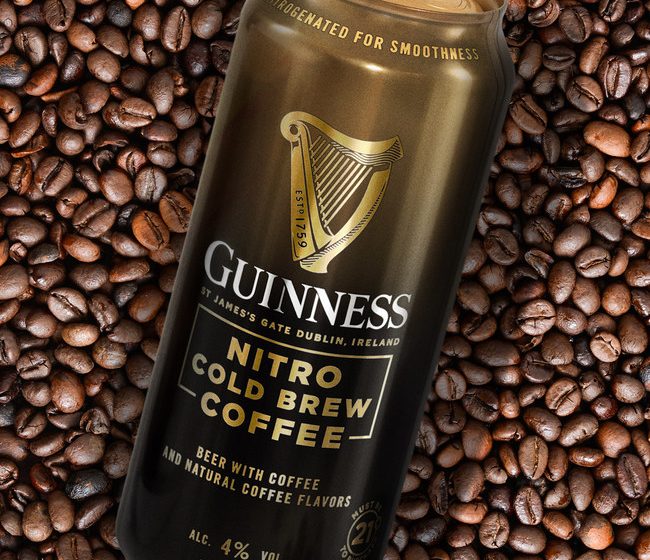 Guinness is back with another nitrogenated creation, Guinness Nitro Cold Brew Coffee beer, which is already a fan favourite. Guinness, the makers of the world’s most famous nitro stout, is now merging all of your favourite things about coffee and Guinness into one beer. Guinness Nitro Cold Brew Coffee beer is sweet-smelling with a distinct rich coffee scent, and it’s the perfect combination of bitter and sweet with a roast coffee taste. It has a thick, smooth, and creamy palate with hints of espresso, chocolate, and caramel, and was brewed using cold brew coffee extract and coffee flavours.

“The Nitro Cold Brew Coffee beer is a welcome addition to the Guinness family, and the response so far has been amazing,” said Guinness Brand Director Nikhil Shah. “Now that it’s officially iced coffee season, we’re excited to provide customers with a coffee-forward beer to enjoy during their spring and summertime occasions,” says the company.

Guinness has proved time and time again that no one does nitro beer better than them. The legendary Guinness Draught, introduced in 1959 as the first nitrogenated beer, quickly became the best-selling Guinness beer in the world. Guinness Nitro Cold Brew Coffee beer, with a 4 percent ABV, is better served straight from the can or poured into a clean glass to completely unlock the widget inside the can. When the widget is opened, it infuses nitrogen into the beer, replicating the signature surge and settle effect of a Guinness Draught on tap or in a can.

Guinness Nitro Cold Brew Coffee is a permanent addition to the Guinness portfolio, and it first appeared on American shelves in March, with national distribution already underway. The suggested retail price for each pack of four 14.9 fl. oz. cans is $9.99. Although it is planned to gradually roll out to other countries over the next 12-18 months, the United States is the first market to benefit from this new service.

Guinness has long been at the forefront of innovation, and brewers in both Dublin and Baltimore continue to use their imagination to create a wide range of beers. Guinness Nitro Cold Brew Coffee is the newest release from the St. James’s Gate Brewery in Dublin, and the Guinness Open Gate Brewery in Maryland, which produces Guinness Baltimore Blonde and experimental Guinness beers in the United States.