Column: It is Time for Transparency in Coffee to Go Both Ways 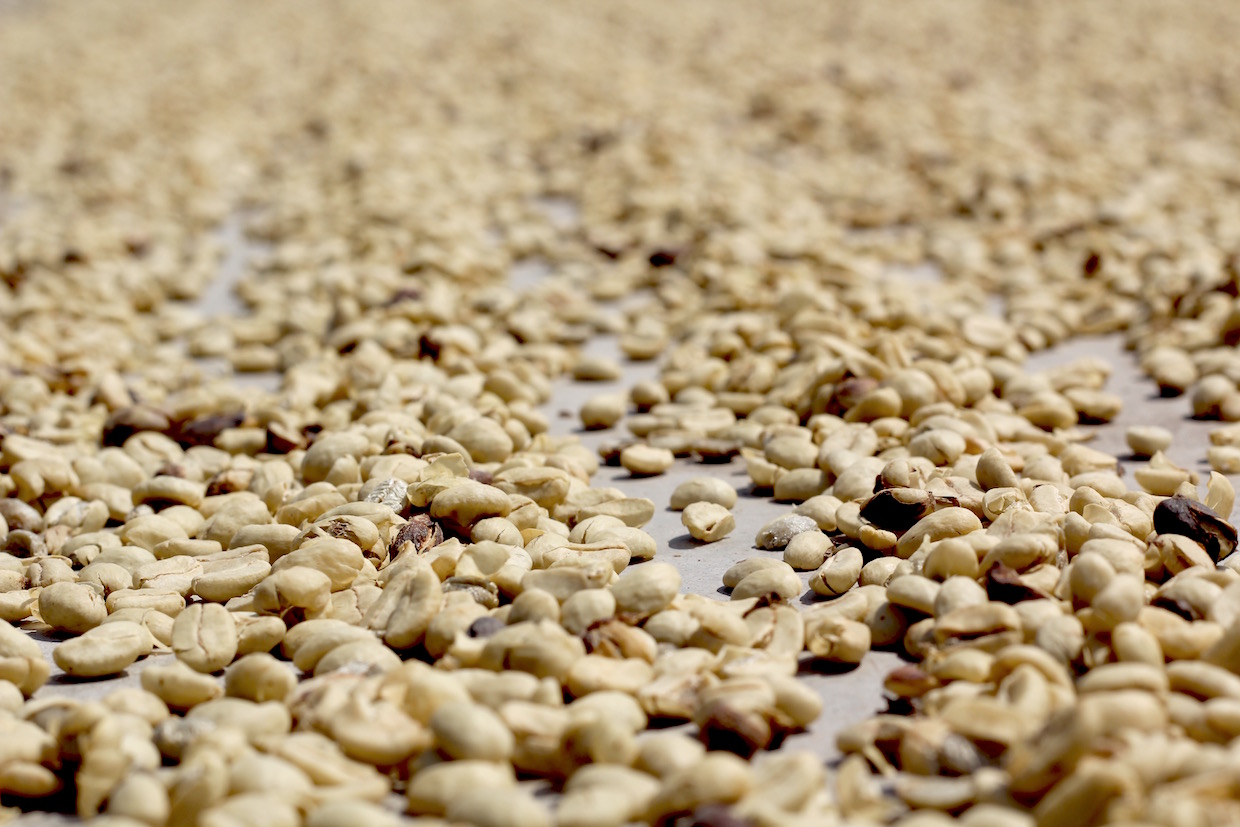 The concept of financial transparency in the coffee industry may have been unimaginable a generation ago, but it has evolved quickly both in professional discourse and in marketing.

In broad terms, the transparency movement originated when some coffee importers started more widely sharing free-on-board (FOB) prices with roasters who were concerned about prices paid to producers in their own supply chains. Then, roasters came to the realization that those prices were not necessarily matching up with the actual prices paid to farmers.

The practice of “direct trade” became one way for roasters to take more control over this information, although the practice when done faithfully can be difficult and costly, and may also favor larger “estates” over more vulnerable producers. 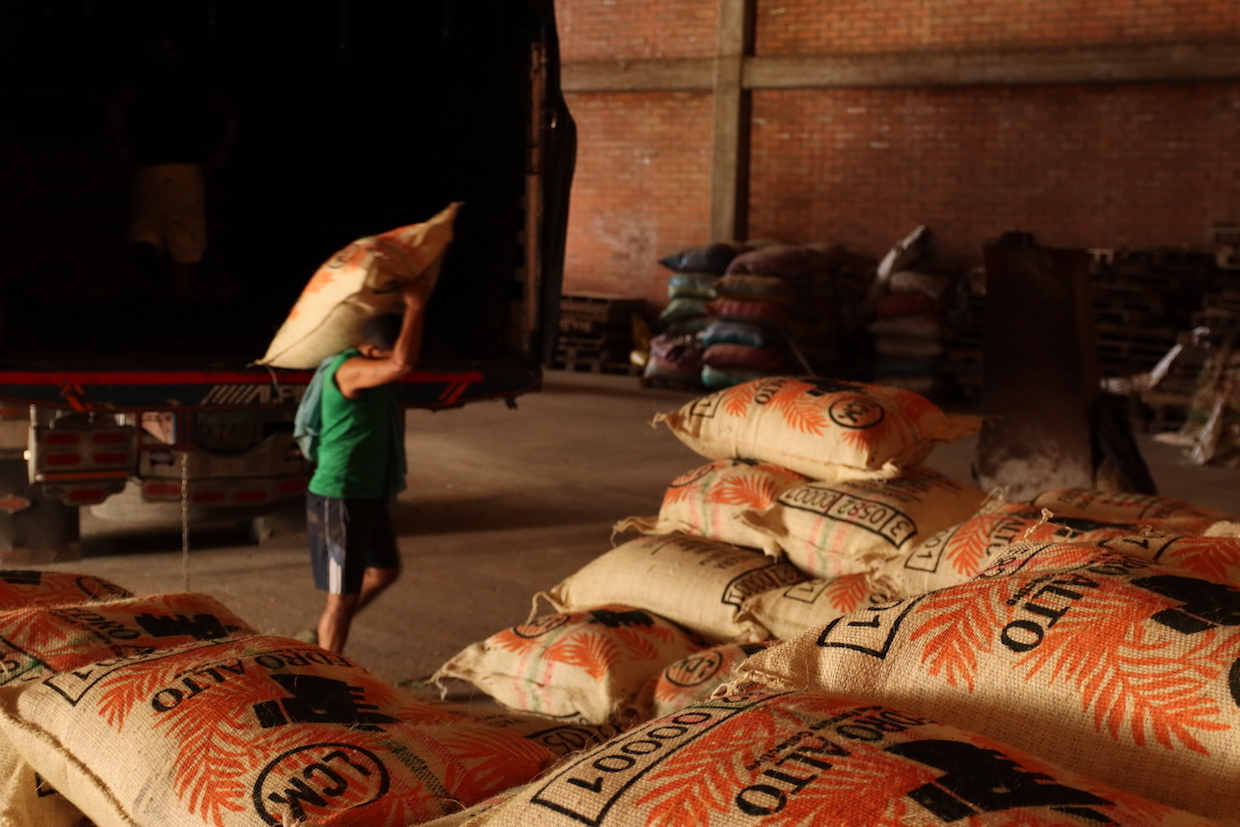 Another common price metric heard in the transparency movement is farmgate, which is increasingly being shared along supply chains, though the reporting and context from one group of sellers to the next may vary widely.

While it’s a positive sign that consumers and roasters are caring more about how money is being distributed among supply chain actors, especially in regard to appropriate compensation for producers, the story should not and cannot end there.

Largely missing from the transparency conversation to this point has been the focus on opportunities that can be created if producers are empowered to participate more actively in the supply chains that transmit their produce.

This begins with producers understanding how their crops are traded, transformed, qualified and eventually consumed.

Transparency is only important because there is a problem

Green coffee price transparency, or more specifically, producer earnings with respect to roaster and consumer purchase price, is only of interest because it is widely understood that, on average, producers have been earning an increasingly small share. 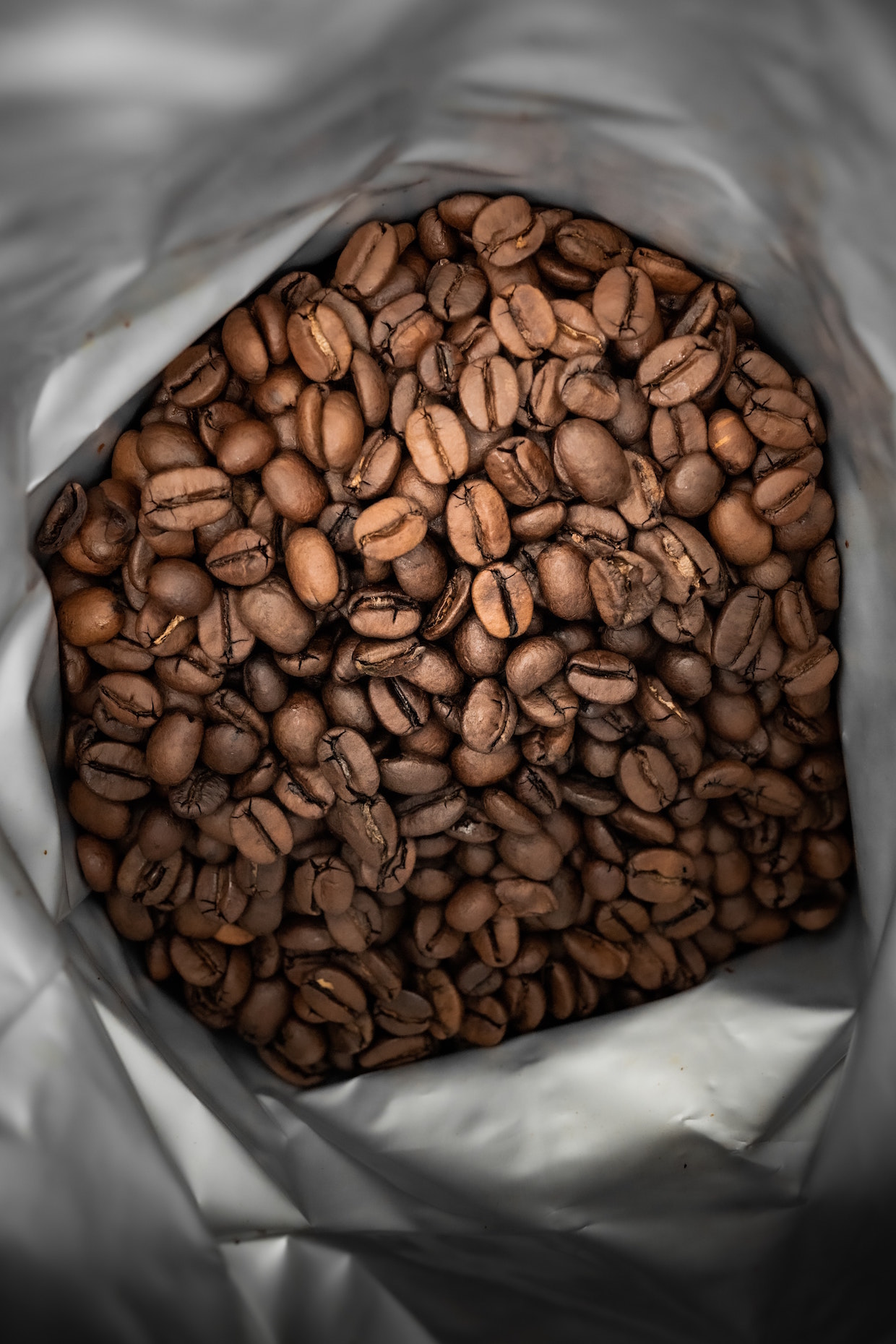 This share is often below what is required for a living income, and it is sometimes below cost of production. Low prices have resulted in suffering in various forms, and a noticeable exodus away from coffee production by younger generations.

While I would argue that transparency is almost never a bad thing, the fact that it is almost always one directional within supply chains may stifle positive results.

The notion that roasters and consumers may feel the responsibility to ensure reasonable producer income is the result of a condensed mainstream supply chain that promotes highly imbalanced bargaining power between the different links.

Abstention is not the solution

With price transparency information, roasters and consumers can ensure that their own purchases are not contributing to producer poverty. This is a good thing, but does not address the root of issue: coffee producers’ diminished bargaining power in their supply chains.

Walking proudly through a park full of rubbish to put your takeaway cup in the waste bin is not the same as cleaning up the park. In other words, abstaining from making a problem worse is not the same thing as solving it.

Producers on the global scale are often characterized as “price takers” as opposed to “price setters.” Roasters may choose to break this cycle in individual transactions, though the underlying power structure throughout the coffee sector remains in tact.

Farmers need to be kept in the loop

Paying coffee producers seems like an easy fix. All you have to do is pay up, and it’s done.

Improving producers’ bargaining power position so that they might command prices that make them consistently whole is a much more difficult proposition. A main impediment to such an effort is a general lack of knowledge about how the coffee business and supply chains work beyond the nearest purchase point. The only way most producers have to gauge their performance they are offered on the spot.

A significant first step toward changing this isolation from the post-parchment coffee chain would involve communicating backwards to producers and producer organizations about how their coffees fared further on. Price data could extend the other way, so producers might have a clearer understanding of the market value and potential of their products.

Conceptually, transparency is often considered like a window through which supply chain actors can see what other supply chain actors are up to. Yet in coffee, it is more often like the one-way mirror of an interrogation room, where one side is on display in a way that adds value for the viewer.

Though the movement is young, transparency in coffee buying has already become deeply associated with marketing, where real one-sided price data can be used to create symbolic or intangible value for certain buyers. 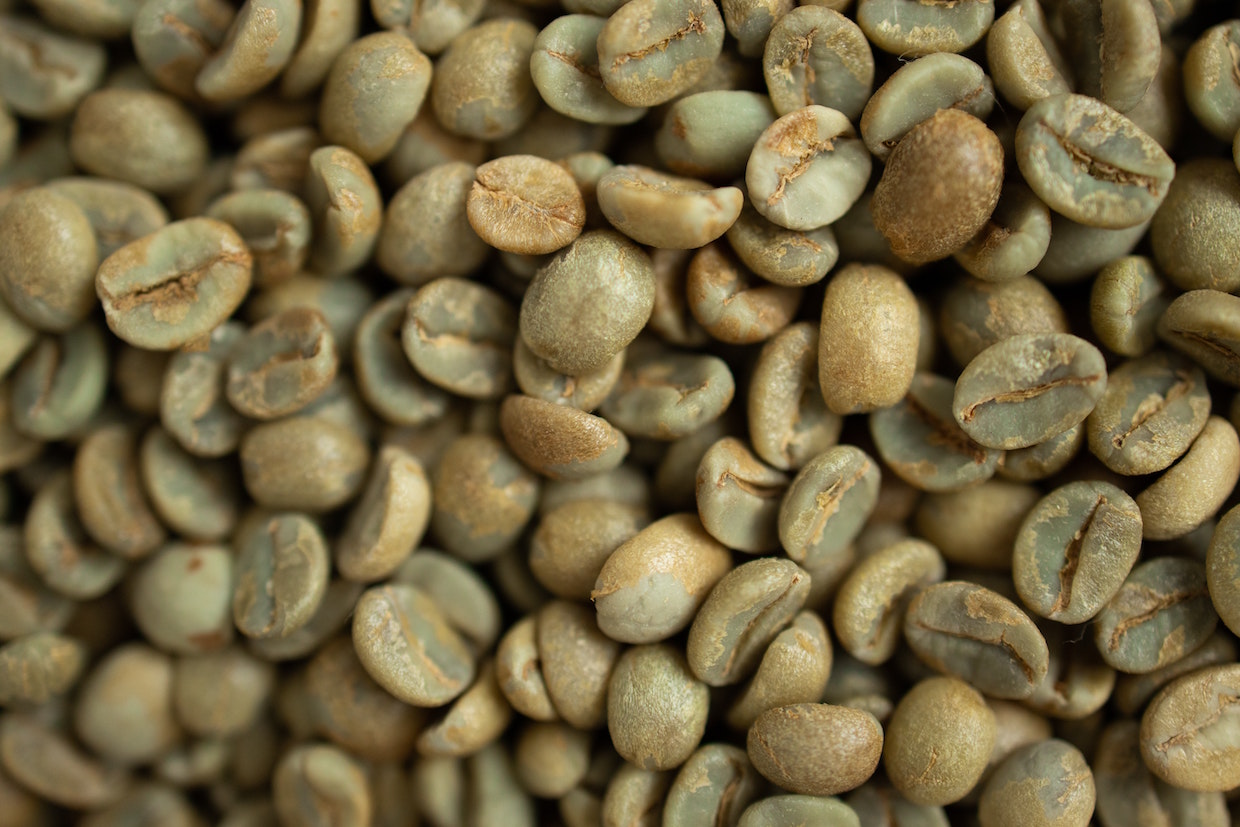 If this value acquisition through symbolic means — in a word, marketing — were transmitted back to producers in a truly egalitarian way, then producers’ incomes would increase alongside the value of the roasted coffee. In this sense, transparency would be two ways, though this is rarely the case.

Transparency as a tool for producer inclusion

In order for coffee producers to become active participants in the supply chains that their products traverse, they must know what happens to their coffee beyond the storefront or warehouse in town where they drop it off or the truck that passes by and picks it up.

For coffee producers to be protagonists in their own supply chains, relevant information and pricing must be available to them, beyond what might now be found on brochures or corporate sustainability reports of companies potentially thousands of miles away.

Increased producer bargaining power is not a naturally desirable outcome for actors who may be enjoying the windfall from a highly imbalanced exchange. Yet buyers’ motivations are changing — meaning downstream actors such as progressive roasters and conscientious consumers may ultimately demand two-way transparency, even if an extra cost is required.

Many producers and their representatives use the word dignity in an appeal for higher prices. I’d argue that this is in part because when struggling to get by day to day, there is not a lot of free time to reflect on supply chain power dynamics and sources of symbolic value; there is just need. Concerns such as hunger are immediate and require cash.

Though an immediate solution may simply be currency, charity is far from dignity. Dignity comes from inclusion, which requires the empowerment of individuals to affect their own futures. Dignity is not the process of accepting generosity and returning gratitude; it involves mutually beneficial exchanges where market actors stand eye to eye.

When low coffee prices cause real suffering, higher prices are the only short-term solution. However, when historically marginalized sellers plead for the generosity of a benevolent, foreign “other,” the solution only reinforces neo-colonial social stratification. While increased producer income is desperately needed, especially among subsistence smallholder producers, why and how that income is improved matters. 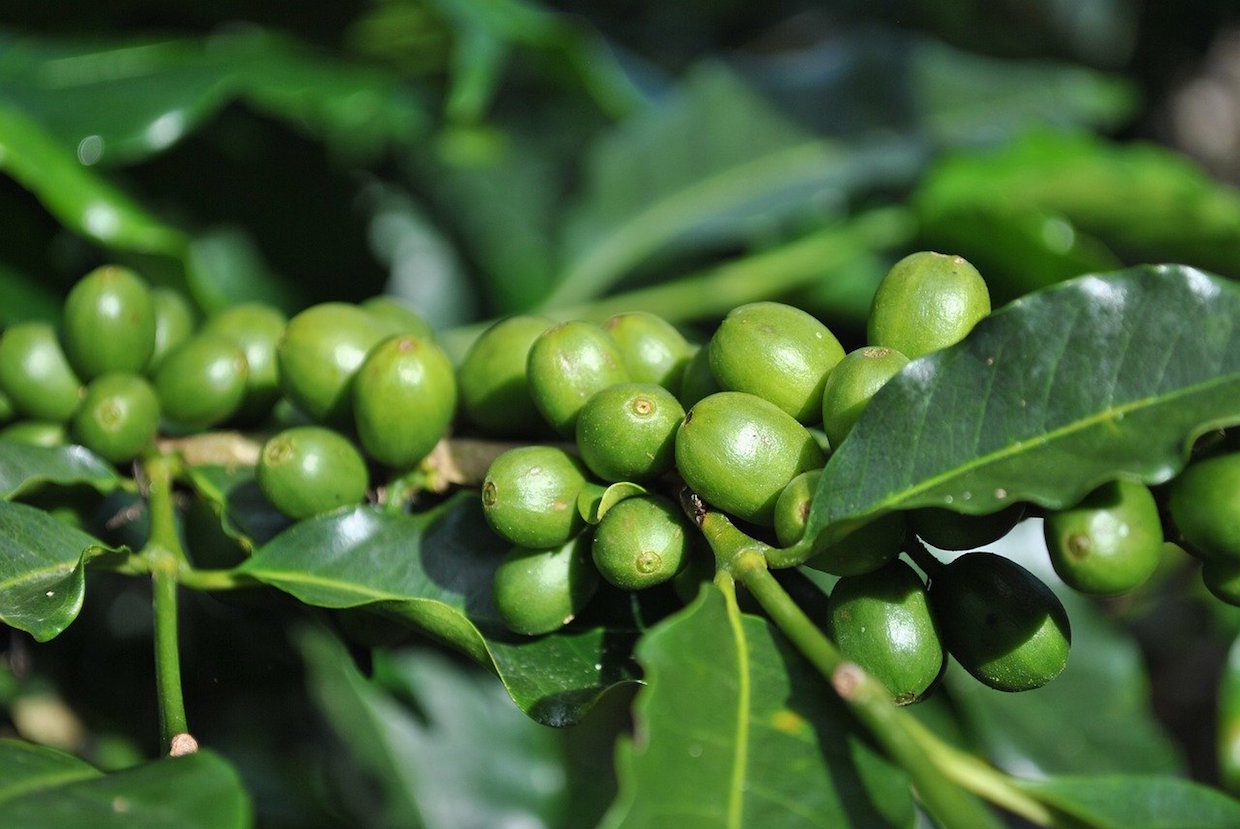 Currently, the system of supply chain governance that marginalizes producers as price takers is often amended by voluntary premiums, which can be considered another form of charity. An alternative model would involve a level playing field where prices are established based on value and utility, not the benevolence of one supply chain actor over another.

This will be messy

The organization I look after only recently implemented a transparency reporting system to share supply chain information, including prices, directly with producers.

While I’m proud of that fact, I’m ashamed it has taken us this long to recognize the inadequacy of our past transparency efforts. We were so focused on alleviating the immediate problem of low prices that it took longer than it should have to begin to address the underlying issue.

Change can be risky and uncomfortable, and I realize that not everyone will be happy with two-way transparency measures being brought into public light. Yet I would argue that we are past the time for incremental change and conservative adjustments. It is time for transparency to progress in both directions.

Editor’s note: Many of the ideas an opinions expressed by the author, Karl Wienhold, above will be elaborated upon in his forthcoming book, “Cheap Coffee,” to be published by Roast later this year.

Karl Wienhold
Karl is a consultant, researcher and organizer of postcolonial rural development. He is keen on coffee, microeconomics, agroforestry, circular economies, and generally fitting square pegs through round holes. He is the founder of the farmers’ collective Cedro Alto and the author of the forthcoming book “Cheap Coffee.”

How to save coffee from climate change

From fastcompany.com Increasing temperatures are making coffee harder to grow and less tasty. Coffee companies, governments, and farmers are working together to make a more