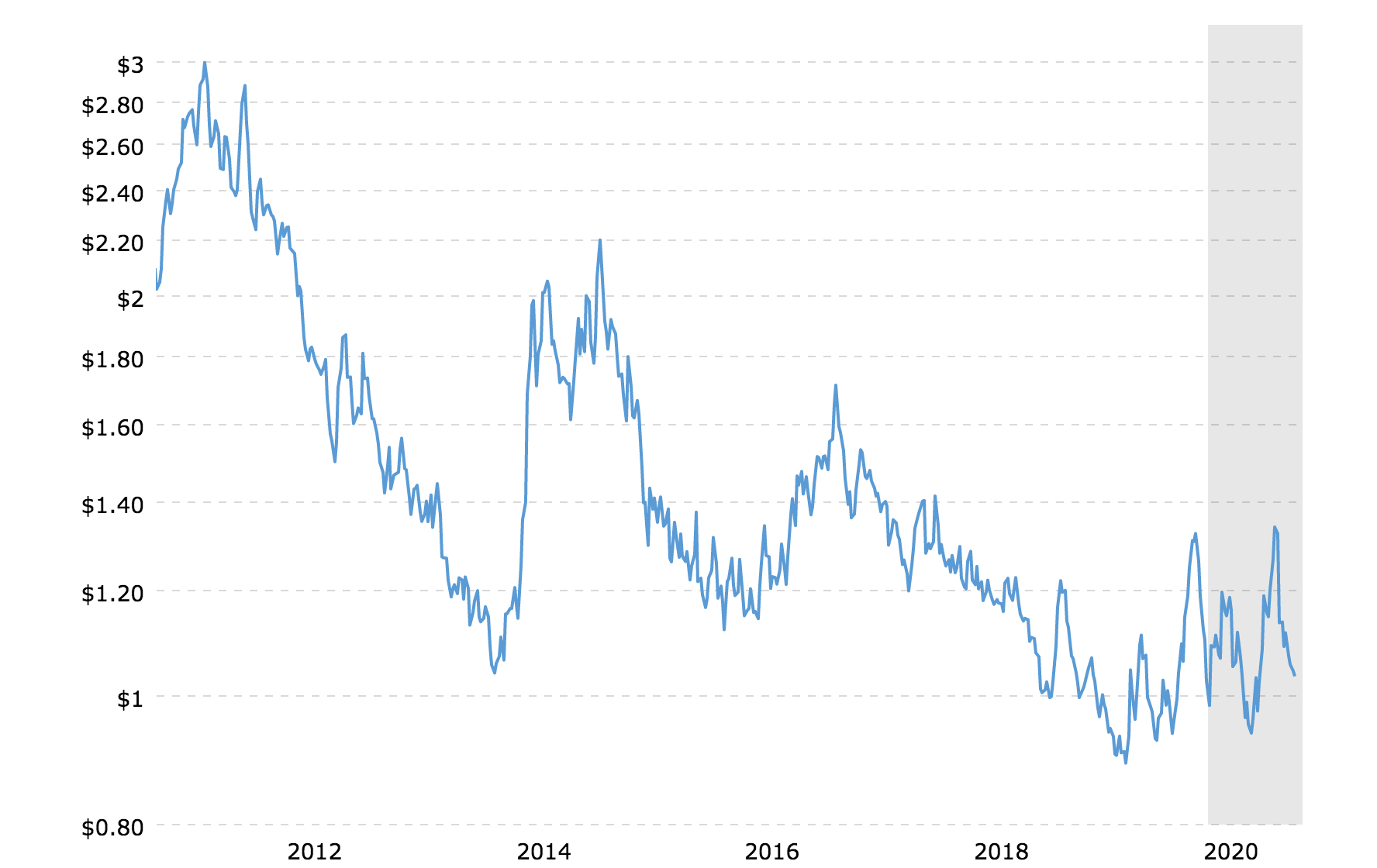 The “C price” of arabica coffee shown in USD over the past 10 years. Image courtesy of Macrotrends.

The International Coffee Council (ICC) has publicly reaffirmed its commitment to supporting a more sustainable and prosperous global coffee sector with participation from some of the world’s largest and most powerful private-sector actors.

The ICC, which is the governing body of the International Coffee Organization (ICO), issued a “joint communiqué” following online sessions held between organization representatives, CEOs and coffee sector leaders throughout the world in October.

The communiqué comes amidst a prolonged period of historically low coffee prices over the past two years. It also follows decades of market fundamentalism that has been driven by commodity-based pricing schemes resulting in systemic inequities throughout the sector, largely for the benefit of coffee buyers and roasters in traditional consumer countries.

The nonprofit ICO represents membership from most major consumer countries — the United States is a notable exception — and nearly all major coffee-producing countries.

The recently issued communiqué includes a “shared vision” and “road map” that were developed by a recently established public-private task force composed ICO exporting and importing members, along with members of the private sector.

The ICC is trumpeting the pre-competitive initiative as unprecedented in the coffee sector, despite the organizations own 57-year history. In a press release last week, the ICC stated, “For the first time in the history of coffee, key coffee public and private decision-makers aligned their views to decide on joint actions to achieve a more sustainable and prosperous coffee sector.”

The group said that the public-private task force is being supported by existing multi-stakeholder organizations or initiatives, including the Global Coffee Platform, the Sustainable Coffee Challenge and the International Women’s Coffee Alliance (IWCA).

In the communiqué, large players across the public and private sector agreed on a shared vision and a “2020-2030 Roadmap” for initiatives that promote a “real prosperous income for smallholder coffee farmers, their families and the entire coffee sector.”

The group said the participating parties have committed to “directly support living income pilot projects” in four to six producing countries, and that those projects “are to begin as soon as possible.”

The communiqué follows the ICC’s Resolution 465 from 2018, which laid the groundwork to promote sector-wide participation to address the price crisis. Following that in 2020 came what the group refers to as the London Resolution, which further outlined broad ambitions towards a more sustainable global sector.

As of this writing, the base futures contract price on the ICE exchange — a.k.a. the “C price” — for arabica coffee was a woefully low $1.060 USD per pound.

We’re back at it again with another latte art compilaton. If you’re chasing some coffee, listen to the end for a little discount code! FREE