Coffee industry specialists walk with Vitaliano Merino around his farm where coffee is in balance with the rest of the landscape. Courtesy photo.

Before 2011, Vitaliano Merino’s regular contact with coffee was a cup in the mornings. He owned a 7-hectare cattle farm in Zamora Chinchipe province, in southeastern Ecuador, where his land was mostly used for grazing. Yet that year, Merino came across something that would dramatically alter his land in the years to come: coffee seeds from a Ministry of Agriculture and Livestock Program.

Merino planted Caturra, Typica and Bourbon varieties at his farm, all the while planting fruit and native trees around the crops. He began producing coffee with a meticulous approach to note-taking and record-keeping. The approach paid off. By 2018, Merino earned fourth place in the Taza Dorada coffee quality competition and managed to sell his coffee to a German buyer for $10.50 per pound.

That price was an outlier in Merino’s regular earnings. The usual price for him sits around $3.50 per pound, which while high compared to prices in many other coffee-producing countries, is barely above the cost of production. Numerous factors contribute to higher overall costs of production in Ecuador, while Merino’s costs are even higher due to his commitment to protecting against deforestation.

A new initiative is now exploring whether Ecuadorian farmers like Merino can access specialty markets in Asia, North America and Europe and get better prices with “deforestation-free” as a selling point.

This is the aim of  PROAmazonia, a program in Ecuador to reduce greenhouse gas emissions from deforestation and promote sustainable development in the country’s six easternmost provinces of Sucumbíos, Orellana, Napo, Pastaza, Morona Santiago y Zamora Chinchipe, in the Amazon region. The project wants to build capacity for local growers while exploring how to reach international markets that may value the farmers’ and the country’s conservation efforts.

ProAmazonia (officially known as Programa Integral Amazónico de Conservación de Bosques y Producción Sostenible) is a program run by the Ecuadorian Ministries of Environment and of Livestock and Agriculture, and funded by a $53.6 million grant by the Global Environment Facility and the Green Climate Fund. 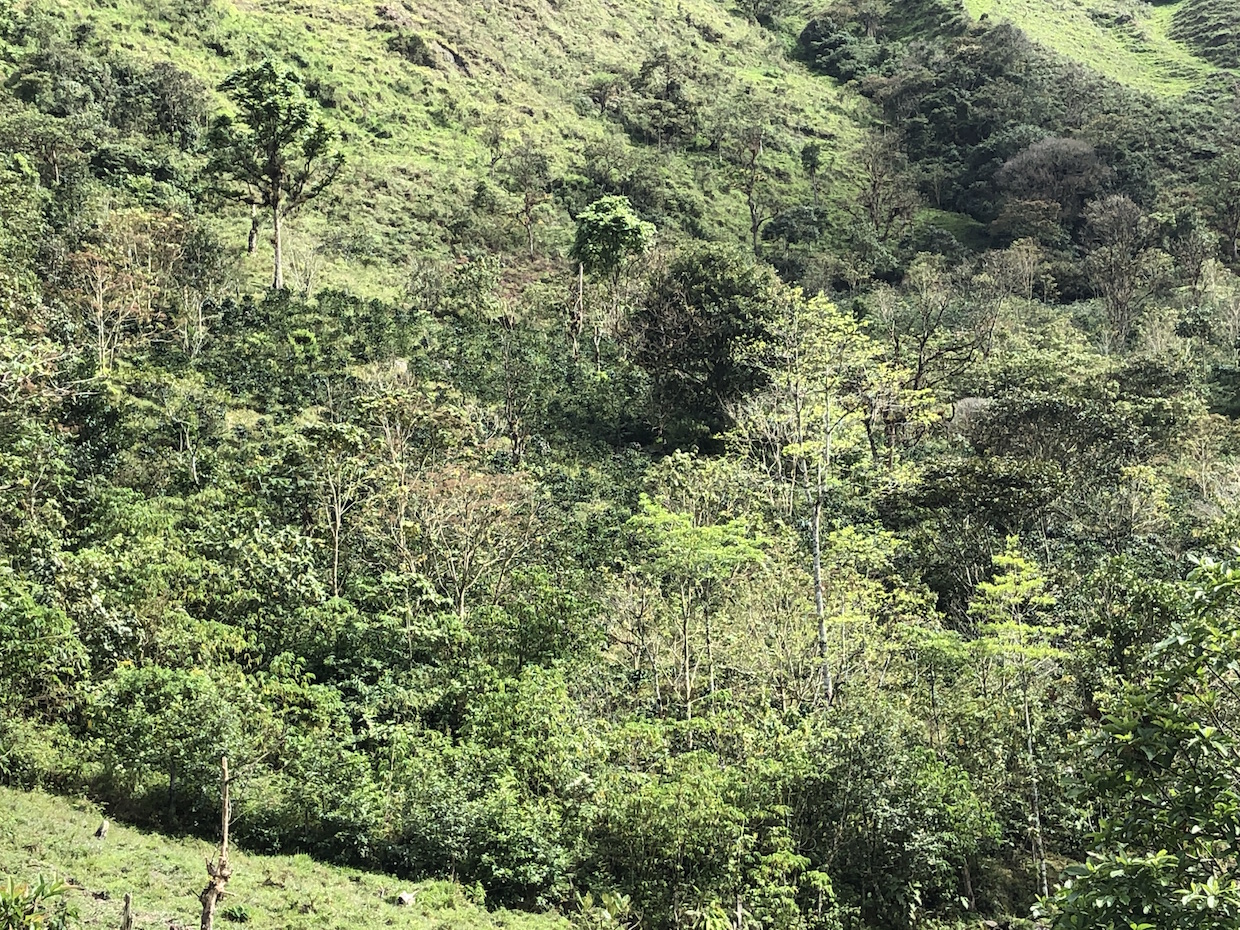 Ecuador has been working hard for years to combine the forest conservation and agricultural agendas. The country has linked its national climate change actions with cross-cutting work with other sectors, such as agriculture and export.

The country’s umbrella agricultural strategy, called Ecuador Premium & Sustainable, has a dual focus on getting deforestation and rural poverty to zero. This strategy is based upon five pillars that include: modern cooperativism; empowerment for rural women and youth; zero deforestation; productivity, quality and traceability; and zero rural poverty.

In the case of coffee, an alliance of private and public organizations is working to improve farmers earnings. The logic behind the project is simple: If farmers can earn money from sustainable farming, they will support forest conservation projects. If they can’t make their production profitable, they might switch to other activities such as cattle farming, which are worse for biodiversity.

“Ecuador is committed to [showing] that coffee farming and healthy forests can coexist in a large scale,” Marco Guilcapi, coffee and cocoa specialist from the PROAmazonía project, told us. “We have worked on a joint construction, involving all the actors in the chain. We are ready to present successful experiences. Exploring how markets might react to sustainable and deforestation-free coffee will give us fresh insight into how to help our farmers and our forests at once.”

Coffee production in Ecuador has significantly declined since the 1990s, from over 2 million 60-kilogram bags in the early years of that decade to a production that hasn’t surpassed 500,000 bags in the past several years.

The main reasons for this decline are the underwhelming coffee prices in international markets combined with high costs in Ecuador, which makes coffee farming unprofitable. As climate change creates new potential damages in Ecuador and around the world, it’s crucial that farmers bet on profitable climate-smart agricultural techniques such as agroforestry, yet many coffee farmers have found it impossible to keep on producing with this lower income. 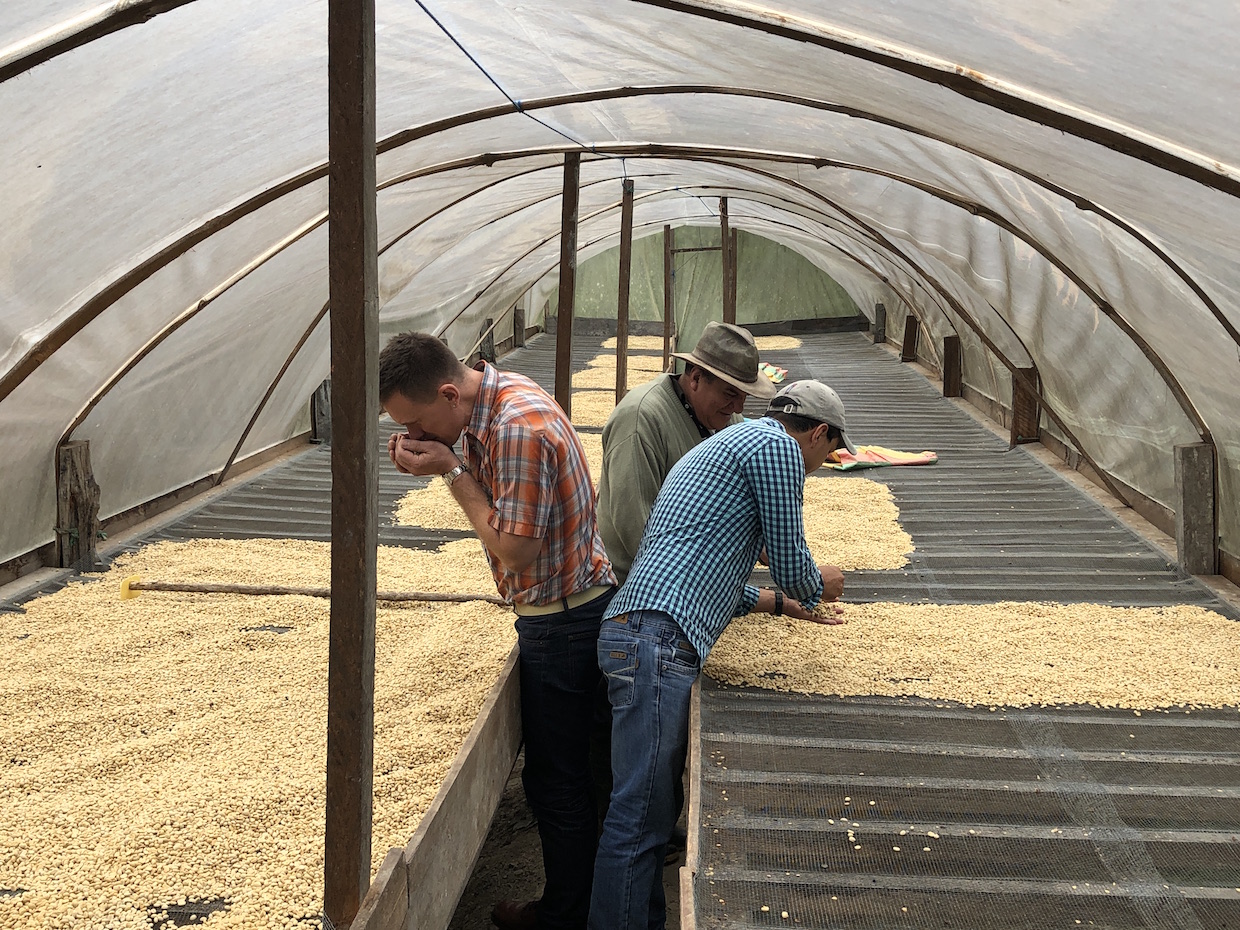 In response to this production drop, the Ministry of Agriculture and Livestock began working in 2013 to reinvigorate the coffee sector. In the past six years, their efforts have reached more than 85,000 hectares that have received technical support and farm rehabilitation.

PROAmazonia knows that agroforestry can provide climate benefits and also might provide small-scale Ecuadorian farmers a shot at reaching high-end international markets, particularly aiming at buyers who value sustainable supply chains and are willing to pay a premium for it. Specifically, PROAmazonia is promoting the concept of “zero-deforestation coffee,” which remains a relatively new concept to international markets.

This approach seeks alliances on two fundamental levels: first, between forest conservation and farmers, so that coffee growers understand the value of agroforestry systems for the climate and for their pockets; and second, between private and public social actors who will support these systems.

The Potential for ‘Zero-Deforestation Coffee’

“We have long held an interest in Ecuadorian coffee,” Christy Thorns, director of sourcing at Allegro Coffee, told us. “We see it as an exotic origin, a relatively recent newcomer in the industry. We are excited that the country is exploring how it can provide deforestation-free and high-quality coffee.”

Diego Arguedas Ortiz, Paulo Van der Ven and Chad Trewick
Diego Arguedas Ortiz is a science and climate reporter based in Costa Rica. Paulo Van der Ven is the Director of Operations at RD2 Vision, a company advising for efficient investments in tropical crops and working at the crossroad of Genetics, Agronomy and Socio-Economics. Chad Trewick is an expert in specialty coffee with over 25 years in the industry.